Data Analytics is often described as one of the biggest challenges associated with big data, but even before that step can happen, data must be ingested and made available to enterprise users. That’s where Apache Kafka comes in. Kafka’s growth is exploding, more than 1⁄3 of all Fortune 500 companies use Kafka. These companies includes the top ten travel companies, 7 of top ten banks, 8 of top ten insurance companies, 9 of top ten telecom companies, and much more. LinkedIn, Microsoft and Netflix process four comma messages a day with Kafka (1,000,000,000,000).

Apache Kafka is a streaming platform for collecting, storing, and processing high volumes of data in real-time. Apache Kafka is a highly scalable, fast and fault-tolerant messaging application used for streaming applications and data processing. This application is written in Java and Scala programming languages. Apache Kafka is a distributed data streaming platform that can publish, subscribe to, store, and process streams of records in real time. It is designed to handle data streams from multiple sources and deliver them to multiple consumers. In short, it moves massive amounts of data – not just from point A to B, but from points A to Z and anywhere else you need, all at the same time.

Apache Kafka started out as an internal system developed by LinkedIn to handle 1.4 trillion messages per day, but now it’s an open source data streaming solution with application for a variety of enterprise needs. 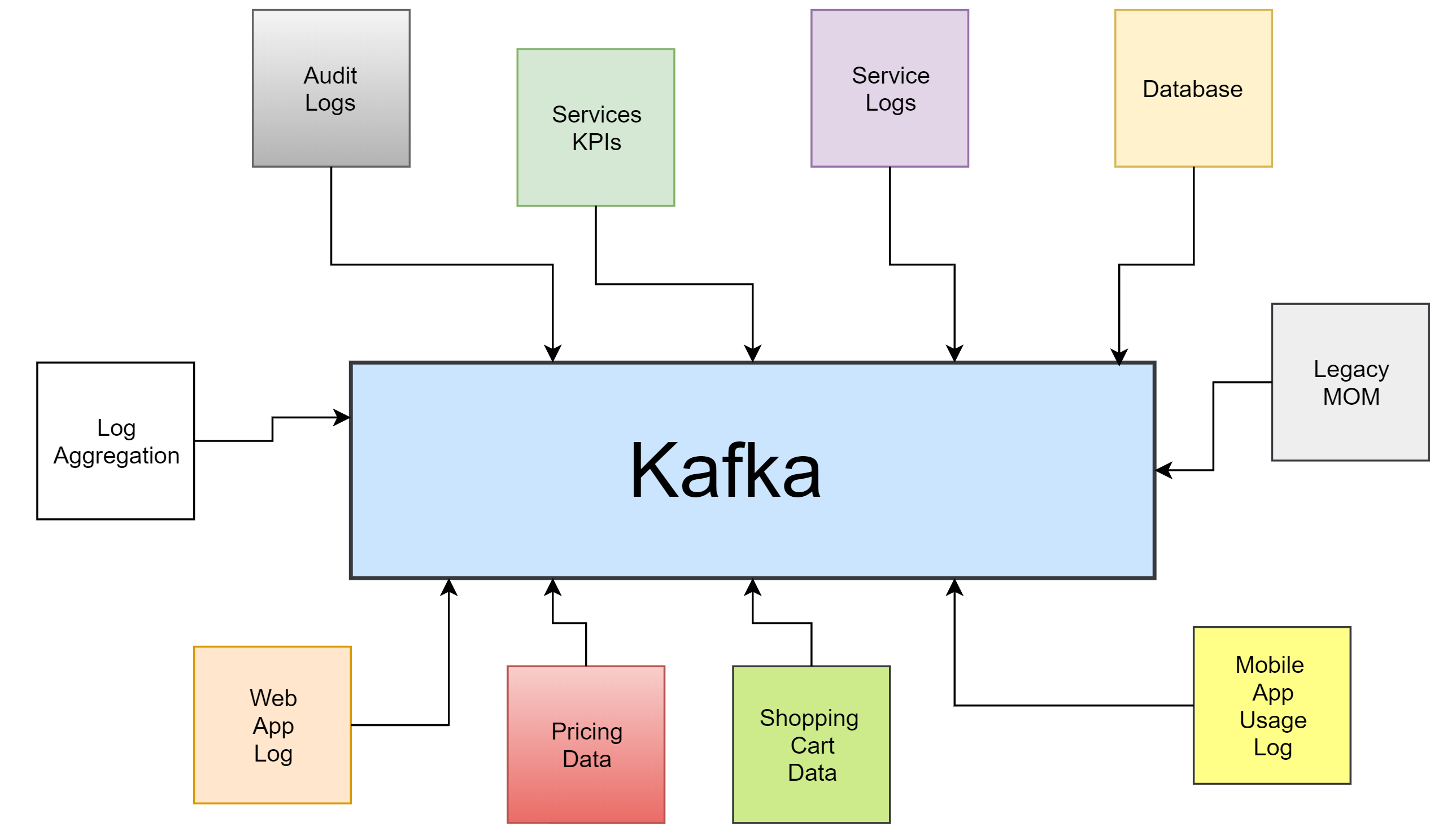 A lot of large companies who handle a lot of data use Kafka. LinkedIn, where it originated, uses it to track activity data and operational metrics. Twitter uses it as part of Storm to provide a stream processing infrastructure. Square uses Kafka as a bus to move all system events to various Square data centers (logs, custom events, metrics, and so on), outputs to Splunk, Graphite (dashboards), and to implement an Esper-like/CEP alerting systems. It gets used by other companies too like Spotify, Uber, Tumbler, Goldman Sachs, PayPal, Box, Cisco, CloudFlare, NetFlix, and much more.

Why is Kafka so Fast?

Kafka relies heavily on the OS kernel to move data around quickly. It relies on the principals of Zero Copy. Kafka enables you to batch data records into chunks. These batches of data can be seen end to end from Producer to file system (Kafka Topic Log) to the Consumer. Batching allows for more efficient data compression and reduces I/O latency. Kafka writes to the immutable commit log to the disk sequential; thus, avoids random disk access, slow disk seeking. Kafka provides horizontal Scale through sharding. It shards a Topic Log into hundreds potentially thousands of partitions to thousands of servers. This sharding allows Kafka to handle massive load.

Apache Kafka is a popular tool for developers because it is easy to pick up and provides a powerful event streaming platform complete with 4 APIs: Producer, Consumer, Streams, and Connect.

Basically, it has four core APIs:

Kafka can be used in many Use Cases. Some of them are listed below −

What is Big Data?

Stop Words and Tokenization with NLTK